Failure- A stepping stone towards Success 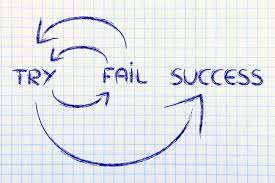 What is failure? Is it just the opposite of success? Or is it not meeting any desired condition? If it is so then why is it said that success cannot be achieved without failure? Our society has different answers to this question because it is judgemental. A person who couldn’t perform well in any aspect of life is also considered as a FAILURE. He, who is already depressed and broken, has to go through various ill-treatments by the society. This is so unfair! Due to this only people fear attempting. Failing is not the end of the world. Actually GIVING UP IS FAILURE.

You have to continuously keep endeavouring to get success. Failing gives opportunities to innovate. It also refines you as a person. The road to success has many hurdles and is filled with failures. These bad experiences teach us many lessons. We have number of examples of world famous personalities who failed many times before succeeding.

However some people believe that failing isn’t required to achieve success as we have some examples of people who became famous overnight. Therefore we also cannot say that without failing you cannot succeed. Some just happen to hit the bull’s eye.

One important thing is to be able to take rejections. One must know how to face failures in a positive way.Whether we talk about failures in marriage or exam or personal target, people should not stop in their lives. Some people just lose their lives to one weak moment and commit SUICIDE. If we talk about students, after failing in exams, they take their lives not because of failing but the fear of facing the society. A child should be trained since beginning to concentrate on learning rather than chasing success. He should be given that strength by the parents that if he doesn’t score good marks, it doesn’t mean he is a failure. Sometimes luck also plays a vital role in getting success or a failure. 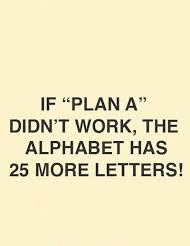 HOW TO LESSEN THE LIKELIHOOD OF FAILURE?

At the end we can sum that failure is not an evil. It depends on us how we deal with it. If we don’t try we have already failed. “Failures don’t come to destroy but to give you the strength you need”. Edison after failing for so many times, never said he failed, instead he said “I know thousands of methods by which we can’t make electric bulbs” and then, he succeeded. Hence it is all about the attitude by which we handle failures and refuse to fail to failures. How to improve English for Campus Placement?

How to improve English for Campus Placement?